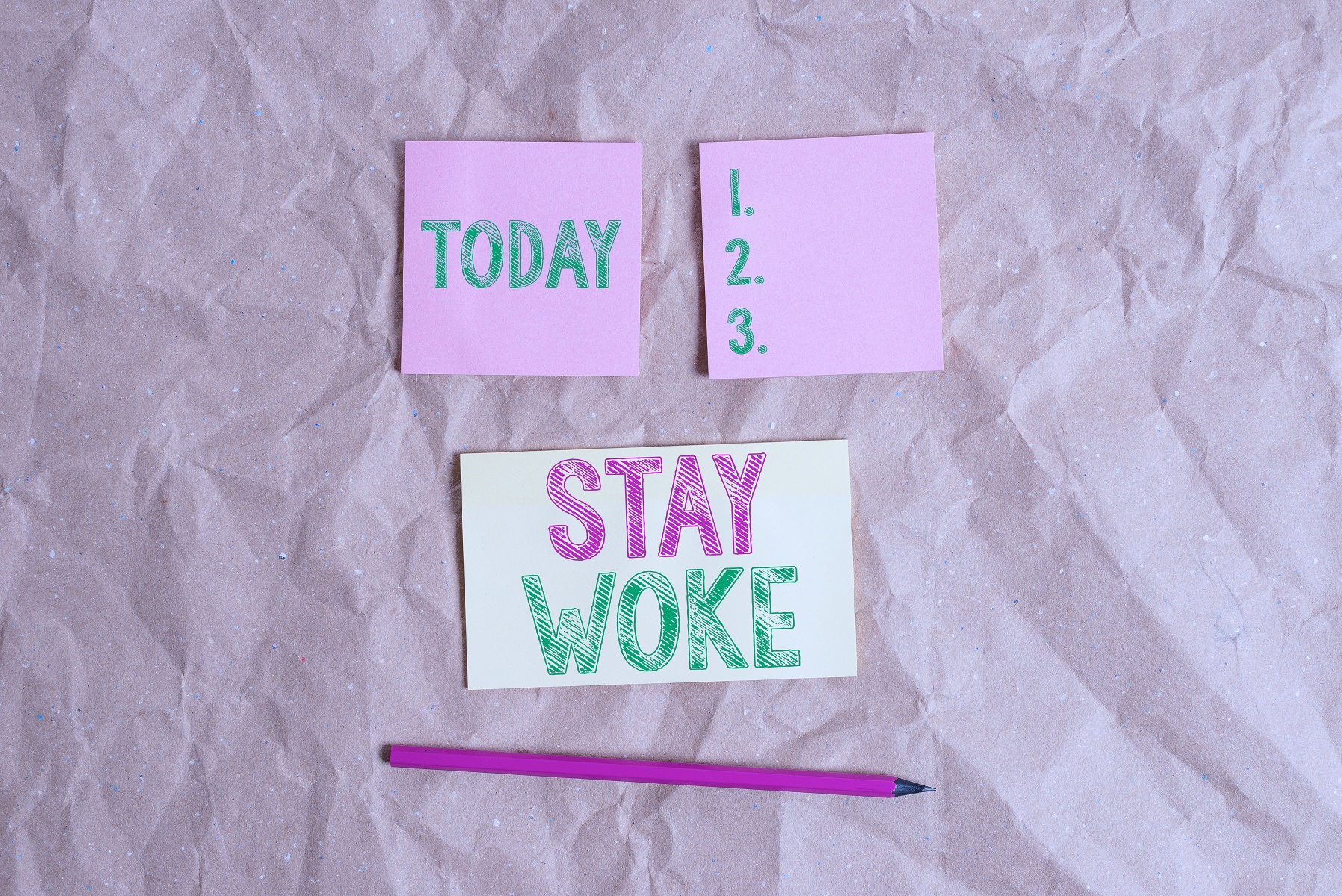 By the time I’ve heard and grasped a slang term, it’s made it to mass saturation. The term #staywoke was used to mean just staying awake for a while but became a call to be on the lookout for racial and social injustice starting in about 2011. It’s not a term that I’ve been aware of, but the concept is something that I’ve advocated in my leadership series for decades.

As leaders, it’s imperative that we maintain constant vigilance for the small and large slights that people often make without thinking. Although I like to think that fairness and equal treatment are always on my radar, I know that I am probably most aware of sexist comments and actions.

At 60 years old, I’ve seen and heard a lot of stuff that angers and annoys me because it’s based on underlying stereotypes about women. I realize that most people, both male and female, have no idea that they are being offensive. Several years ago, I decided that I was done being quiet about it. I decided that I was going to speak up firmly and confidently each time I heard someone being sexist.

My first opportunity came at a public event. It was a study of successful entrepreneurs. There was a slide for each entrepreneur that showed their net worth and major accomplishments. On one slide there was a large picture of a male founder with a beautiful woman. The caption was “He married a supermodel.”

Now if you don’t see why this is offensive, you are definitely not woke. I probably would have been okay if the caption had said, “Through his work he found the love of his life.” Listing marrying a supermodel as an achievement alongside his financial gains and market share objectifies her. And why is the fact that she is a supermodel important?

There are a couple of leadership lessons here. First, point out social injustice or inappropriateness if you see it. It doesn’t have to be in that moment. I could have waited until after the presentation to speak to the presenter. In that particular situation, it was a young man presenting to an audience of mostly young men. I was the outlier. The audience catcalled when the picture went up. I felt that the entire group would benefit from a little more awareness. I also felt that the few younger women in the group needed to see it was okay to speak out.

Talking to someone privately has its advantages. I was providing diversity training to an organization. Let me reiterate – diversity training. We were talking about lifting something heavy, and I said that they needed to find a young buck to lift it for them. At break, someone pulled me aside and told me that “young buck” was a racial slur. My response was, “What?!” I had no idea. When I was growing up, I heard it used to describe muscular, fit males of all colors. I was so embarrassed.

When to call out a stereotypical or racist comment is a judgment call. Leadership is full of them. Just make sure you point it out.

We have blind spots. We see and react to the world through our own unique Frame of Reference. We aren’t going to notice every discriminatory comment. When someone else calls it, the first thing to say is “Thank you for pointing that out.” That is the second leadership lesson.

If you can see how the situation could be taken as offensive, say, “I can see how that could be offensive.” Then check in to make sure that you are right. They may find it offensive for some other reason.

If you really don’t have an idea, which could be a possibility, ask what they thought about it was inappropriate. Tone of voice is huge here. Put your ego down, and ask sincerely.