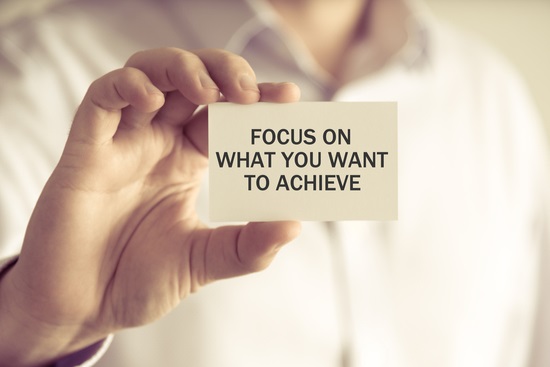 Keeping the outcome that you want to happen in the forefront of your mind during a conflict is a powerful tool. I learned the value of this technique back when I was a Cub Scout leader, well before I had any training in communication and conflict resolution. The event was a tiny blip on the grand scheme of life, but the lesson that I learned has served me well for about two decades.

The leaders of the Cub Scout pack that we belonged to included a few petty, mean-spirited people. For the most part, I led my Webelos Den and had as little to do with them as possible. However, we were about to have a meeting to discuss our year-end banquet, where the boys in my den would graduate from Cub Scouts and move on to Boy Scouts.

I don’t remember all the details, but when I got to the meeting I discovered that the other leaders had met in secret before the official meeting and made some infuriating decisions that were going to affect my Webelos. I was furious. I was angry at the manipulation and deception, and outraged at the other leaders’ behavior, which was decidedly un-Scout like. I am a woman with a temper, and my first impulse was to storm out of the room.

As I sat there fuming, a couple of things occurred to me. First, they were counting on me leaving so that they could have free rein to do whatever they pleased. They could legitimately say that I had left and they had carried on as best they could if I left the meeting in a huff. They were a particularly sneaky lot.

Second, I realized that if I left, my den would have had no representation. My obligation and responsibility was to the boys I had worked with for the last two years. I knew them well and was very fond of them. I decided that I needed to swallow my anger and pride and continue to represent them and work for their best interests.

It became a mantra in my mind during the discussion – “you represent the boys.” I vividly remember one woman who was really taking delight in trying to bait me. I stayed calm, looked her in the eye, and argued logically and reasonably. I never lost my temper despite the fact that I was roiling inside. The outcome I wanted was for my Webelos to have the recognition and banquet that they deserved as they left Cub Scouts for Boy Scouts. I kept that outcome in mind and held onto it tightly.

In the end, I was satisfied with the plans for the banquet. Because I stayed calm and reasonable, I gained back a lot of the ground lost in the others’ secret meeting. I felt cheated of a good temper-tantrum yelling match but proud of myself for staying calm and representing those boys who were not able to represent themselves.

I remember walking out into the cool night air after the meeting and being startled by what I had accomplished. I was in awe of the power of self-discipline – controlling my temper. For me, it was an enormous revelation to see that I could get the outcome that I wanted if I could keep the coolest head. Amazing. Life changing.

Self-discipline means controlling our impulses; we pause to think before we act. Our first impulse might be to yell at someone who has done a poor job or insulted us. However, yelling doesn’t create a positive work environment, foster positive relationships, or get us closer to what we want to achieve in a disagreement.

Think of self-discipline as a muscle. The more you exercise it, the stronger it gets! Each time that you exercise self-control, you make it easier the next time. Make a practice of pausing and taking a breath whenever you feel an undesirable impulse coming on. Think of the consequences, and make a decision that is in alignment with your values and goals.

I must admit that there is immediate gratification in yelling and belittling others when someone makes us angry during an argument. However, there are consequences to our actions. We damage the relationship and our own reliability and trustworthiness. People won’t trust or respect us, and we hurt our chances of getting desired outcomes in the future.

It’s easier to control our impulses if we hold tightly to the outcome that we want. When tempted to yell or make personal jabs, remember that those actions will lessen your chances of getting the outcome that you want. Hold tightly to your desired outcome, and use self-discipline to act in ways that will help you achieve it.

1 thought on “Effective Conflict: Hold Tightly to Your Outcome”