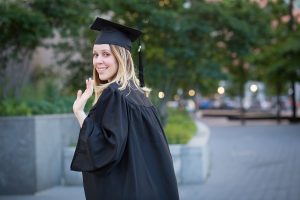 By email, I get daily meditations from Richard Rohr, who is a Franciscan friar ordained to the priesthood of the Roman Catholic Church. I am not Catholic, but I like his ideas and perspectives. Some I agree with, and all of them make me think. I like anyone who inspires me to stop and think about big ideas.

In one daily meditation, he talked about the roles that we take on in life. Across our lives, we can be a parent, student, spouse, friend, and worker. We talk about roles in systems coaching. In a system, which is a group of people, we all have roles.

One type of role is a positional role. I could be the boss or the accountant in an organization, perhaps both. In my family, I am the mother, grandmother, and mother-in-law. Other people within our system, and without, recognize the positional role that we embody.

Moving from one role to another can be difficult, even if it’s a change that we welcome. When my children left home, I went from full-time mother to long-distance mother. Still a mom, but an enormous shift of the heart and different use of time. When I divorced, I went from wife to divorcee. Honestly, the first time someone called me a divorcee, I felt like I’d been sucker-punched. There was a huge life shift in that change.

However, neither of those role changes are as difficult as the one that soldiers coming home from war face. Rohr wrote about what the Japanese did for their returning soldiers at the close of World War II. These men had been “loyal soldiers” for most of their lives; it was their identity. Now they needed a different role to embody.

The Japanese communities created a ceremony in which soldiers were publicly thanked and praised for their service to the people. After being honored, an elder would announce, “The war is now over! The community needs you to let go of what has served you and us well up to now. We now need you to return as a parent, a partner, a friend, a mentor – something beyond a soldier.” Rohr calls this process “discharging your loyal soldier.”

In systems coaching, we recognize the importance of honoring a person for who they are now. We call it “stroking the primary.” I know, weird term. It makes me think of stroking a puppy while telling her what a good dog she is. In truth, that is a good metaphor. We are recognizing and honoring the person for the role that they currently play or one they are grieving the loss of.

For example, retiring can be a huge challenge for people whose identity comes primarily from work. Imagine an executive whose opinions are valued highly, who has power and influence over others, and who is respected as a success in his or her field. Slipping off into retirement to become a “common” person without power and influence sounds like a terrible thing.

A first step is what we usually do for people retiring. We give them a party. We honor them and remember the contributions that they have made to our organization. Like the loyal soldiers, they are thanked profusely for their dedication.

Not every role change comes with a party. When my boys went off into the world on their own, no one threw me a Great Mom party. The kids didn’t stand around telling me how much they appreciated all that I did for them. I wasn’t remembered by teachers that I had helped or other children for my contributions to them through my volunteer activities, such as Cub Scouts and Boy Scouts. I was left to quietly struggle to shed the old role on my own.

We should celebrate moving from one role to another! We can throw our own party or create our own ceremony. I have divorced friends who struggle to switch to the role of divorcee. I could throw them a party or help them create a goodbye ceremony. It would be like the ceremony of discharging the loyal soldier. We would honor them for all their accomplishments as a spouse, recognize their sacrifices, and celebrate who they were.

For soldiers, executives, moms, and spouses, the next part is difficult. After shedding the old role, we get to decide who we are going to be now. Rohr says that the first part of our lives is doing. We do things to fulfill the roles that we take on. Later in life, we get to focus more on being. The question is not “What do I do now?” The question is “Who do I want to be now?”

Without that question, we can unintentionally become a victim. We can feel lost. There is always a grieving process when we lose something. Losing who we are is particularly painful and unsettling, especially if the change is beyond our control. Organizations make us retire, spouses don’t want to be with us anymore, children grow up – all beyond our control. Yet, we can control who we become next.

The trick, I think, is to intentionally decide who we are going to be. After my children left, I decided that I was going to focus on my career completely and find things that I enjoyed doing. I was going to be engaged in life and interested in learning.