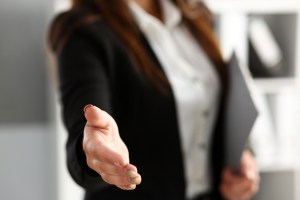 In leadership seminars, I talk about the three types of communication – verbal, nonverbal, and symbolic. You can read about these three types here. I am ready to add another category.

My daughter-in-law and I are both working from home and hear snippets of each other’s Zoom meetings as we both care for my grandson. She works with special needs kids and talks to their parents regularly. One day she explained to a parent of a nonverbal child that behavior is communication.

Of course, it makes total sense. If any child is unhappy, they have a myriad of ways to let us know. My grandson is about seven months old. Although he doesn’t talk yet, we get clear indicators of how he feels about things.

He can’t tell us exactly what is bothering him, but we know something is! And we are pretty good at figuring out what that is.

I started thinking about how the concept applies to adults and leadership. Adults also communicate with their behavior. Nonverbal signals like eye-rolling and heavy sighs tell us how someone feels. However, I’m talking about actions – things that we do.

I’ve never been one to trust the words that someone says right off the bat. I learned as a young woman talking to hormone-ravaged males that some of them could talk a really good game in an effort to reach their end goals. I recognized them for what they were – words. They were saying things that they didn’t really mean.

It’s hard to know if someone means what they say. The only way I’ve figured out is to watch their actions. And not just what they do in the short term. I like to pay attention to what someone does for a significant period of time.

In my youth, I had a six-month watching period. If a suitor publicly announced his undying devotion and stuck with it for six months, he was due serious consideration. Not many passed the test.

Consciously or not, we put leaders through the same sort of scrutiny. We watch to see if they walk the talk. If they say something is important, do their actions back that up?

Unfortunately, many leaders and cultures say one thing is important, but they reward a different behavior. For example, many organizations talk about teamwork and the importance of being truthful with customers about expectations. In truth, they reward money-making efforts – even if they damage team morale or include undoable promises to customers.

As leaders, we must be aware that our behavior is communicating information to others. If I am chronically late to meetings, I am telling you that my time is more valuable than yours. If I say that employees are our most important resource but don’t listen to them when they try to share an idea, I am negating the verbal message.

When a nonverbal and verbal message do not match, we go with the nonverbal message. For example, if I sigh heavily and look bored while saying, “This is so much fun,” you are going to ignore the words and know that I’m not really enjoying myself.

It’s similar with behaviors, although it might not happen as quickly. We immediately know when a verbal and nonverbal message don’t match. Figuring out that someone is not behaving in alignment with their words can take longer because we normally give people the benefit of the doubt for a bit.

However, there comes a point when we have to ask ourselves if the words are just a smokescreen for behavior that sends an entirely different message. If a leader says that values are important, but they cut corners or lie, we must question how serious they truly are about the values thing.

As leaders, in order to build the trust necessary for psychological safety (which is a necessary ingredient for exceptional team performance) we must ensure that what we do consistently lines up with what we say.