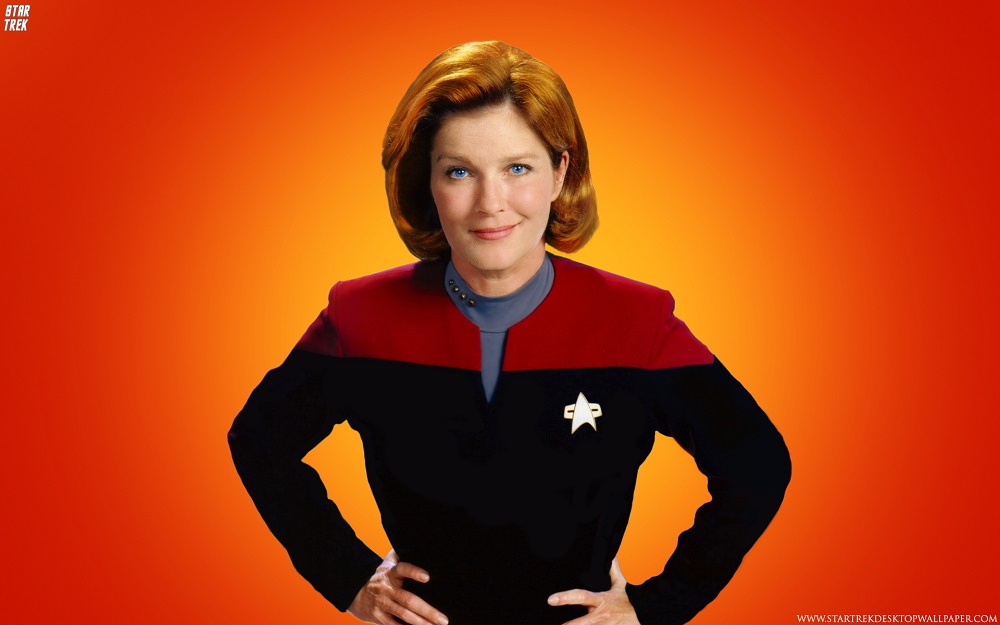 During my leadership series, I sometimes talk about a specific episode of Star Trek: Voyager called “The Void”. I am a fan of both Voyager’s Captain Janeway and Jean-Luc Picard from Star Trek: The Next Generation. They are wonderful leadership paradigms to emulate. However, I am particularly fond of “The Void” because Captain Janeway stands her ground in perilous circumstances and in opposition to her First and Second Officers.

In this episode, the ship is pulled into a large bubble in space that has absolutely nothing in it. There is a collection of ships inside the void that have been unable to escape. When a new ship is pulled in, everyone attacks it and steals food and any other useful items such as fuel. Talk about limited resources! The only necessities of life available are aboard hapless ships that are pulled into the void and that are completely unready for the attacks and thievery that they immediately encounter.

Every ship in the void is out to save itself. It makes sense. They will starve or freeze if they don’t get essentials from others. It’s an attitude that I often see in organizations and people. They feel that the only way to get ahead is at the expense of others. “Win-win” is not in their vocabulary. “I only do better if you do worse” is the underlying belief. However, there are other, better ways to get ahead.

Voyager’s food stores, fuel, and some other necessities are immediately stolen. Once they take stock of their situation, they realize that they have only a week’s worth of food to feed the crew. Janeway’s First and Second officers feel that Voyager must begin attacking smaller, weaker ships if they are to survive in the void.

However, Captain Janeway holds fast to the principles of The Federation to which they have pledged. She refuses to attack or steal. Her First Officer asks, “Should the crew be willing to die for those principles?”

“If the alternative means becoming thieves and killers ourselves, then yes. But I’m betting that our principles are going to keep up alive. The Federation is based on mutual cooperation, the idea that the whole is greater than the sum of its parts. Voyager can’t survive here alone, but if we form temporary alliances with other ships, maybe we can pool our resources and escape.”

It was a hard lesson for me to learn, but each of us also cannot make it on our own. We need other people’s help in times of trouble, and we need their support for a healthy emotional state. I’ve tried forging ahead on my own and also moving ahead with a community. It’s way easier with a posse.

“Then maybe we’ll only survive two days instead of seven. On the other hand, if we share what we have instead of hoarding it, we might find other people willing to do the same. We may lose a little weight, gentlemen, but we won’t lose who we are.”

There are two interesting concepts in Janeway’s answer. The first is sticking to our principles on principle. There are often difficult circumstances that tempt us to act in a way that is not in alignment with our values. We rationalize less-than-stellar behavior to ourselves by saying that we “had” to do it because of [fill in the blank].

I often hear people say that the bad behavior of others is reason enough to lower their own behavioral standards. They ask why they should play fair and be helpful if other people aren’t doing the same.

Let me say emphatically that there is no valid reason for us to lower our standards and ignore our values. Period. To go back to a phrase we all heard in childhood, do not jump off the cliff just because all your friends are doing it.

We are the lighthouse of integrity for others. We hold the standards and light the way. We create trust with our predictable and reliable behavior. Exceptional leaders do not have the luxury of indulging in bad or vengeful behavior. Our goal is to be the leadership role model for others to live up to.

The second concept is generosity. Janeway says, “Maybe the best way to get help is to give it.” I couldn’t agree more. We create goodwill and a positive work environment by giving our time and ourselves to others without any hope of recompense. It can feel counterintuitive to give time or resources to someone who has negative feelings towards us, but is there any other way to change the dynamic of the relationship? Giving less isn’t going to do it.

As leaders, our job is to help others create success. We do that by helping – removing obstacles and providing resources. We must also show support and a sincere belief in the person and his or her abilities.

Voyager made it out of the void. They gave away supplies. Other ships joined them. They did turn out to be able to do more as a coordinated whole. They found help in unexpected places and had to expel those who refused to live by their rules. By combining their technology, they figured out a way to escape.

I had the TV on while I was writing this blog. I heard Cinderella’s biological mother tell Cinderella the secret to success in life. She said, “Be courageous, and be kind.” That pretty much sums up the lesson in “The Void.”

We want to be courageous and live a life that we are proud of. We want to be kind to others and create positive relationships built on mutual respect. Cinderella’s mom said that kindness created magic. Captain Janeway and I agree.