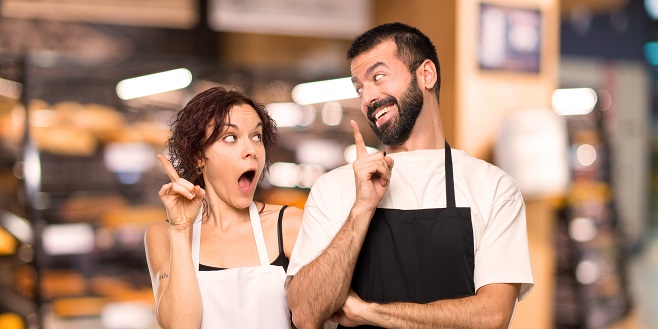 In every conversation, there is a fact and a feeling part. Of course, we want to know what other people are feeling, but it’s also okay for us to share ours as long as we do it in an appropriate way. Telling people that we are frustrated, annoyed, elated, or excited invites them to share what they are feeling.

In life coach training we are taught to pay close attention to the emotions of our clients and to tell them what we notice. If someone talks loudly while scowling and making fists with their hands, I could say, “It seems like this situation makes you angry.” Usually, the client will check in with his or her emotions and then clarify them. The response might be, “I am not just angry; I am infuriated!”

Of course, the technique works just as well for what we consider to be positive emotions. I could say that a client sounds excited about a situation or opportunity. In addition to verifying excitement, the client often goes on to explain why he or she feels excited which deepens the conversation.

Naming the emotional field is a powerful tool during contentious conversations. Paying attention to someone’s negative emotion and naming it is a great way to keep ourselves from reacting without thinking.

Our neocortex is the advanced “adult” part of our brain. It covers the outside of our brain, and it’s where our self-control and creativity reside. When we get super angry, our neocortex disengages and the more primitive and emotional parts of our brain take over.

One way to get the neocortex to re-engage is to step back and become an observer of ourselves and the situation. We can ask ourselves things like:

I saw the technique demonstrated in an HBO show that I was watching called Gentleman Jack. The series is based on the coded diaries of Anne Lister who lived in the 1800s. An article that I read said that they based a lot of the dialogue on her diaries. If that’s true, the woman had incredible emotional intelligence, and she was a master of naming the emotional field.

Someone she cared about asked her a baiting, sarcastic question in one episode. She paused, looked at the woman, and said something like, “I am trying to understand why you would make a hostile comment to me. What point are you trying to make?” I think I actually said out loud, “Way to go, Anne!” Fortunately, I was watching it by myself.

She didn’t take the bait. She didn’t get angry herself. She got curious! She named the emotion she observed and then asked a question. Brilliant! It’s a wonderful way to manage a person who is working to engage one in conflict.

In order to name other people’s emotions, we must pay attention to all the verbal and nonverbal cues presented. Then we make an educated guess. Our guess prompts people to check in and determine their true emotions. When they confirm or clarify what they are feeling, we’ve moved the conversation forward and begun to figure out what is really going on.

The feeling part of the conversation holds most of the clues that will lead to a solution or resolution. Exceptional leaders can mine for those clues while managing their own emotions. Instead of a brawl or a standoff, a great leader can create a dialogue that maintains the positivity of the relationship.

It’s dangerous for leaders to accept assumptions as fact. Heck! We miss a lot if we don’t question things presented as absolute truth.

I realized that even conventional wisdom deserves to be questioned back in 1988 when my first child was born in Germany. American baby books insisted that submerging a baby in water before the umbilical cord came off could cause grave health effects. However, the German nurse dunked my son in a tub of water the day after he was born. I gasped!

She turned and asked me what was wrong. I explained that Americans don’t submerge babies until the umbilical cord falls off. She cocked an eyebrow at me and asked how we kept the umbilical cord clean. I told her that we swabbed it with alcohol – and she gasped. She said incredulously, “You put alcohol on babies?”

Hmmm. Two countries full of people with normal belly buttons – each insisting that their way was the only right way! Now, when someone tells me that something “has” to be done a certain way, I cock an eyebrow and say, “Are you sure?”

“Because it’s always been done this way” is a sure cue that it’s time to look around for other ideas, and so is “That can’t be done.” I’ve heard my share of both of those phrases. On one Army post, the hunting area bordered the playground. Disoriented bow hunters often came out of the woods and onto the play area. I went to talk with someone about it, and he said, “Mrs. Torrey, it’s always been that way.”

Hmmm. That doesn’t necessarily make it a good idea. I told him as much and finished with, “Now that I have brought it to your attention, it is your responsibility if a child is hurt or killed.” He decided that the way it had always been done needn’t continue, and they backed up the borders of the hunting areas.

Great leaders are creative thinkers! They don’t get stuck in thinking ruts walked by millions of others. They try to see everything from fresh perspectives. They also don’t accept the status quo. If it’s not a good idea, it’s not a good idea no matter how long it’s been around.

As leaders, it’s important that we look at work and home life in new ways and ask ourselves some questions. What assumptions are we making about people and situations? If we don’t know something for a fact, then let’s get out there and question it. Let’s question everything! It’s the perspective of great leaders.

For a little bit of fun (and free) leadership development, join 53 Leadership Challenges at KathyStoddardTorrey.com.

If you are interested in taking your career to the next level quickly, contact me for a sample coaching session at KSTorrey@tapferconsulting.com. #PositiveEffectLeadership #LeadershipRules #KathySays

I have been discussing my leadership list in depth, and we are up to number six, the last one! My list is a response to Google’s research on the qualities of exceptional teams, as described in Project Aristotle. Here is the list with the bullet points that I’ve discussed so far.

Make curiosity your default. I have saved the best and most powerful for last. I wholeheartedly believe in the power of questions.

Many leaders with whom I work have a tendency to make assumptions and jump to conclusions. They are absolutely certain that they know why a thing has happened or a person has done a certain action. Many times, they are completely and totally wrong, yet they work from their assumptions as if they are truth.

We can only move ourselves and our organizations forward if we base our actions and strategies on facts, which is why it is crucial to pause and ask some questions to truly understand a situation. For example, let’s say an employee is consistently late turning in a report. We assume that the person is lazy, inattentive, or has poor time management skills. When the employee tries to talk to us about it, we say, “I don’t want to hear any excuses,” and walk away. It could be that the employee is not getting a crucial piece of information from someone else. Maybe he or she doesn’t understand a required software. If we don’t listen and truly understand what is going on, we are a major part of the problem.

Asking people genuinely curious questions also builds positive relationships. Our personal needs are to be listened to, understood, and respected. We can meet all of those needs by asking people what they think and how they feel about something.

I don’t think I can reiterate enough the power of creating positive relationships. Positivity creates personal influence, which is our preferred means of motivating people. When we use our positional authority with threats, our leadership is limited to what we see and enforce. When we use our personal influence, we motivate people all the time. We don’t have to be present to know that they are doing a good job.

Some leaders feel that asking others for their opinions is a sign of weakness. Nothing could be further from the truth. Leaders who consistently make unilateral decisions without asking for input are generally disliked, not respected. In asking for different perspectives, we are not committing to accept or follow those suggestions. We are listening to people about their area of expertise to make sure we haven’t missed anything. We are also creating the psychological safety needed to encourage people to speak up and contribute.

Here are the bullet points to remember:

There you have it — Kathy’s complete leadership list! If you focus on these six things, you can create the exceptional teams described by Google’s Project Aristotle. Remember, the main goal is to create psychological safety in your organization so that every person feels free to share ideas and disagree. You can download my complete list here if you want a one-page reminder to put up in your workplace.