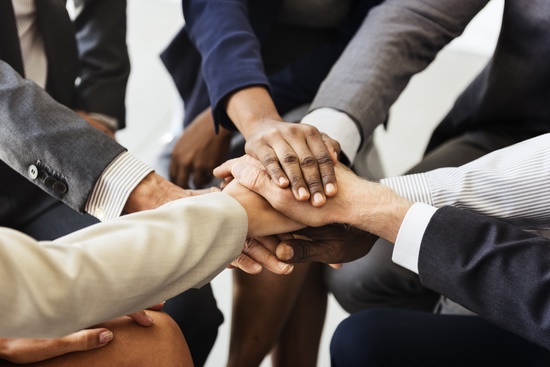 Defining a clear team or group identity is one way to create a culture that supports success. One of the best examples of creating a group identity comes from the book Switch: How to Change Things When Change Is Hard. A young man named Paul Butler went to Saint Lucia to save the Saint Lucia parrot. The parrot was on the brink of extinction, and the people of Saint Lucia didn’t have strong feelings about the parrot. He had little money and no staff to help him. He created a campaign around the identity of the people of Saint Lucia. Specifically, his message was “We take care of our own.”

The campaign was wildly successful. The Saint Lucia parrot is now thriving. Paul Butler went on to work with a conservation organization called Rare, where he replicated the creation of a local identity over and over. Creating a specific identity is a hugely powerful tool for any group.

In a business setting, the people in the group get to decide who they want to be as a group. It’s important to write down and promote the group’s identity. The group can come up with a name, a mascot, and t-shirt designs. One group that I worked with decided that an octopus represented them, and they each had a stuffed octopus on their desks as a reminder of who they wanted to be as a group. It’s an opportunity for the group to express its uniqueness and create cohesiveness.

I start by having the group complete the sentence: We are people who… Once we have a list of qualities and actions, they decide what sort of animal or creature embodies those qualities. That discussion is usually a lot of fun and involves some very creative thinking.

Once the group has decided on a mascot, we move on to a name. Sometimes it is the name of the creature. One of the most creative groups I’ve had the pleasure to work with decided that a gryphon was the creature that represented them. A gryphon has the head, talons, and wings of an eagle, with the body of a lion. However, the gryphon seemed a little intimidating to some of the group, so they named it “Andy Gryphon” so that it would seem more friendly, like Andy Griffith.

It is kind of fun to create an identity for a family, too. The discussion of who the group wants to be and how they want to be seen by others can be creative and enlightening.

The Torreys have always been people who take care of people smaller and weaker than themselves. We are a tall, strong, determined group of people who stand up for others. When my two-year-old granddaughter got frustrated with her not-yet-one brother, she gave him a push, which is normal behavior all around.

She is a pretty smart two-year-old who got her first exposure to the group identity of the Torreys. If she continues with the behavior or does more than a gentle push, there will be more severe consequences. The same sequence of events would happen in a workplace. We start with gentle reminders and then move on to appropriate consequences for unacceptable behavior.

A group identity is a powerful motivator. When someone acts outside the group norm, the team will remind them, “That’s not who we are.” It’s a quick and easy guideline for a group – or family – to follow that gently helps us all stay on track.