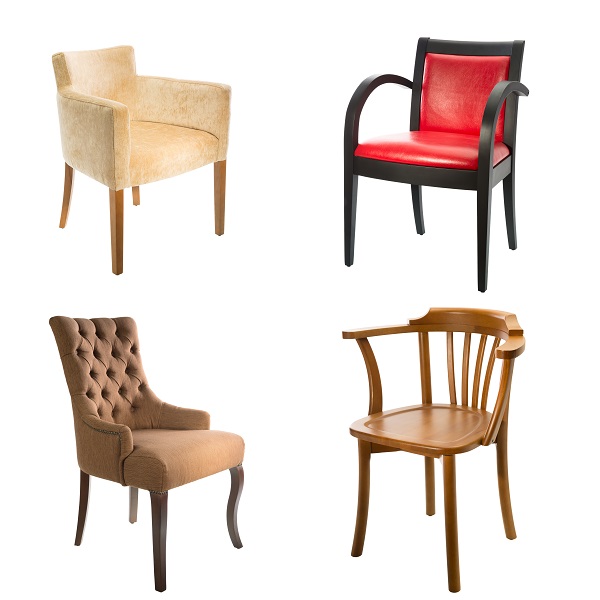 One phrase has been coming up more and more in both leadership workshops and my life: The Chair Is a Chair. The phrase comes from a book by Marshall Goldsmith, Triggers: Creating Behavior That Lasts. Goldsmith mentions the concept only briefly in the book, but it really captured my attention. He writes:

“I end the exercise with a simple reminder that getting mad at people for being who they are makes as much sense as getting mad at a chair for being a chair. The chair cannot help but be a chair, and neither can most of the people we encounter. If there’s a person who drives you crazy, you don’t have to like, agree with, or respect him, just accept him for being who he is.”

I notice in leadership workshops that the participants often want to figure out how to change other people who they believe are the problem. In reality, we cannot change other people. We can only change ourselves. We can model positive behavior, and we can invite positive behavior in others, but we cannot wave the Magic Wand of Destiny around and change them. The Magic Wand of Destiny only works on ourselves.

We can save ourselves a lot of emotional pennies by just accepting that people are the way that they are. Negative Nellies aren’t going to suddenly become positive because we want them to. People are a product of their Frame of Reference, which is made up of their values, priorities, experiences, and beliefs. Perhaps Negative Nellie has had some hard knocks in life and concluded that life is a hardship to be endured. She is doing the best that she can, given her experiences and emotional intelligence.

An important point to remember is that the actions of other people that annoy us are not generally directed at us. There is no need to take other people’s behavior personally. They are who they are with everyone, not just us. We are spending emotional pennies unnecessarily when we react and get offended.

Of course, accepting that someone is a chair doesn’t mean that we can’t set boundaries when the chair’s behavior is inappropriate or downright offensive. However, we can do it without anger. We just let them know what is not acceptable, why it isn’t acceptable, and that we won’t tolerate it.

Enforcing boundaries at work doesn’t usually require official action. Firm but unemotional reminders often are effective. If the chair is a subordinate, coaching might in order. If the chair is a peer or superior, we get to decide if the behavior warrants a trip to HR.

Personal relationships are another thing entirely. We don’t have to stay around chairs who challenge our values and self-worth. Outside work, we get to choose our friends. We also get to decide which family members we spend a lot of time with. Sometimes we are required to interact with family, but we can keep it to a minimum and remember that family chairs aren’t likely to change either. Most importantly, their behavior is all about them and their experiences. It has little to do with us, no matter how many fingers they point at us.

My daughter-in-law wrote an article about Arnold Lobel’s series of children’s books about Frog and Toad. You can read her article here: https://verilymag.com/2019/03/what-frog-and-toad-can-teach-readers-of-all-ages. She analyzes the relationship between Frog and Toad and uses the information to talk about successful friendships.

I like her list of important friendship qualities, and I would add to it that each friend can accept that the other is a chair who isn’t going to change. In other words, they accept each other exactly as they are and don’t wish for or try to get each other to change. Toad is a bit negative. Frog sees the world through rose-colored glasses, and he doesn’t ever get upset about Toad’s negative attitude.

Now Frog does try to change Toad now and again. It’s a behavior we all slip into. However, on the whole, Frog just accepts Toad for who he is. The result is that Toad sometimes tries to improve himself. When we invite new behavior with positivity and acceptance, sometimes the invitation is accepted. We can be happy when the chair decides to improve itself a bit, but it’s important not to get disappointed when it stays the same.

I use Goldsmith’s concept of the chair all the time now, and my life is better for it. When someone is close-minded or mean, I don’t take it personally anymore. I remind myself that the chair is a chair and that it will probably stay a chair for the rest of its life. I also remember that the chair’s actions have absolutely nothing to do with me. When a chair points a finger at you, they have three fingers pointing back at themselves, which is where the problem usually lies.

Here is one last caveat: we are chairs, too! If more than two people comment on one of our behaviors or perspectives, it’s a good idea to do some introspection. We can ask, “Am I the person that I want to be? Do I want to change my behavior?” We can become a better chair if we want to. The choice is ours. Thank goodness we can wave around the Magic Wand of Destiny and make intentional choices for ourselves to create the future and persona that we desire.

1 thought on “The Chair Is a Chair”