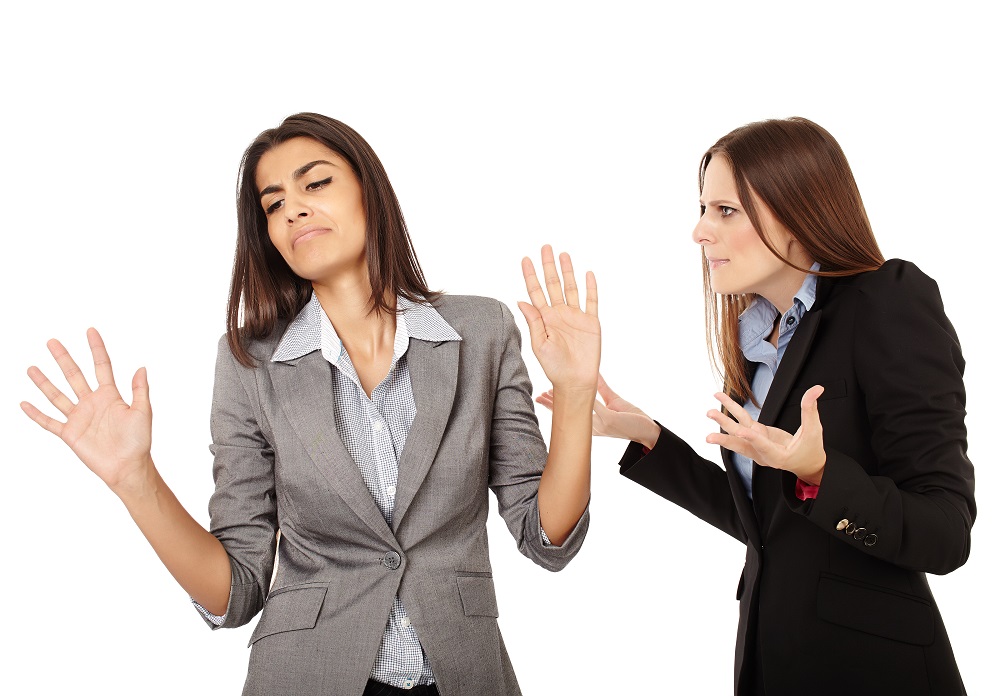 John Gottman is one of my favorite relationship researchers. In the ‘70s, when therapists were having couples whack each other with foam bats to alleviate aggression, he actually researched the effects of bopping each other. They weren’t good. As it turns out, once you start hitting someone, you feel more angry and aggressive. Makes sense to me. He probably saved a lot of people from some serious marital problems.

I’ve taken a series of seminars from Dr. Gottman and his wife. They’ve been researching couples for decades. He said that they couldn’t define a healthy relationship because they are so varied. There are, however, markers for relationships that are in trouble.

One set of markers has to do with how couples communicate with one another. He calls them the Four Horsemen of the Apocalypse because they are so damaging to relationships.

I use a lot of Gottman’s research in my leadership workshops because the ultimate goal of an exceptional leader is to create positive relationships. Gottman’s findings apply to all types of relationships, not just romantic ones.

In leadership workshops, the Four Horsemen of the Apocalypse become Communications Toxins. It’s a less intimidating and more descriptive name for the four ways that people communicate that cause damage to relationships. Let’s look at them one at a time.

The first Communication Toxin is criticism. We all have grievances to air with others, but how we relay the information makes all the difference. Gottman differentiates between a complaint and criticism. A complaint specifically states an action with which we have a problem. We amp that complaint up to criticism when we add on negative words about the person to whom we are complaining.

Here are a few examples from Gottman’s book, The Seven Principles for Making Marriage Work:

Complaint: There’s no gas in the car. Why didn’t you fill it up like you said you would?

Criticism: Why can’t you ever remember anything? I told you a thousand times to fill up the tank, and you didn’t.

Complaint: You were supposed to check with me before inviting anyone over for dinner. I wanted to spend time alone with you tonight.

Criticism: Why do you keep putting your friends ahead of me? I always come last on your list. We were supposed to have dinner alone tonight.

Criticism includes blame and casts aspersions on the other person’s character.

The second Communication Toxin is contempt. Sarcasm, cynicism, name-calling, eye-rolling, sneering, mockery, and hostile humor are all forms of contempt. Contempt is the most damaging of the toxins because using it conveys a feeling of disgust for the other person.

When using contempt, a person’s goal is not resolution of the problem. Their goal is to make the other person feel incompetent and blameworthy. In essence, it’s a campaign to demean the other person.

Here is an example of contempt from The Seven Principles for Making Marriage Work:

“We’re paying through the nose for your car, and you can’t be bothered to wash it. I think that’s outrageous. I think that’s probably the most spoiled thing that you do.”

This spouse is not just complaining about how his or her partner spends money. They are accusing the partner of the moral deficiency of being spoiled.

I assure you that using contempt is never a part of exemplary leadership. The goal of an extraordinary leader is to build positive relationships, not make people feel small and worthless. I often talk about the damaging effects of sarcasm in the workplace. We cannot use sarcasm without demeaning a person or organization.

The third Communication Toxin is defensiveness. Not getting defensive is a tough test for the ego, but Gottman contends that any attempt to defend yourself or your position only raises the level of tension. Defensiveness does not help to resolve the conflict.

Gottman says that the antidote for defensiveness is to accept responsibility for some of the problem. Here is an example from his latest book (and my favorite), What Makes Love Last?:

Contempt: “You’re such a slob – you should’ve cleaned this up!”

Defensiveness: “I couldn’t find the sponge. Where did you stash it this time?”

He doesn’t give any positive options in either book, but here is a possibility: “I apologize for not cleaning that up right away. I got sidetracked when I couldn’t find the sponge. Do you know where it is?”

We defuse criticism and contempt when we accept some responsibility for the challenge at hand, which can be very difficult. When under attack, our immediate and understandable response is to defend ourselves at the very least. It takes a great deal of self-control and emotional intelligence not to show righteous indignation, act like a put-upon victim, or launch a counterattack.

Often, we stonewall because we’ve become overwhelmed by the disagreement. Gottman calls it “flooding.” When we are flooded, we’ve gone into fight-or-flight mode. Our bodies are actually flooded with a mixture of hormones that makes it difficult for us to be creative, listen with empathy, problem-solve, or even think clearly. We become impassive like stone walls to protect ourselves.

If someone is stonewalling because they are flooded, it’s best to walk away and let them calm down. No empathetic statements or attempts to soothe will get through.

The four Communication Toxins will be present in all relationships, whether personal or professional. They do not appear in a certain order. Gottman says that they perform more like a relay race, handing the baton off to one another as an argument races forward.

Our job as leaders is to minimize our use of the Communication Toxins, which takes quite a bit of self-awareness and self-discipline. We can also recognize when others use them and minimize their effects.

The best antidote to all of the Communication Toxins is curiosity. When we get curious and ask thoughtful questions about both the fact and feeling part of an issue, we are meeting people’s personal needs to be listened to, understood, and respected. Once that happens, they usually calm down and communicate more effectively.

Of course, there are people who are dead-set on winning or creating discord. In the workplace, we coach them on their behavior because it can seriously disrupt the effectiveness of a group or team. If our team doesn’t feel free to express an opinion for fear of being on the receiving end of criticism or contempt, psychological safety is not present. Remember, psychological safety is the key to high performance.

Here is a final quote from What Makes Love Last?:

“Earlier in my career, I thought that if couples learned to avoid the Four Horsemen, they would automatically communicate in positive ways that would allow love to flourish. This is not the case. Defeating the Four Horsemen will not be enough to resolve all of a couple’s problems. That can be achieved only by healing and reestablishing mutual trust.”

Yep, trust is still the foundation of positive relationships, psychological safety, and effective teams. How we communicate matters, but not as much as being trustworthy.