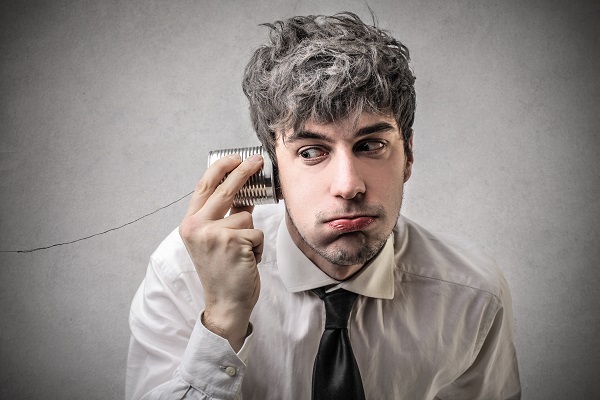 When we visit homes with children, they often want to show us treasured belongings and tell us about things that are important to them. I’ve noticed that some adults behave in the same way. They have an urgent need to expel every thought in their brains through their mouths. I call it a Brain Dump.

The compulsion to say whatever we think is similar to the need we feel to finish things like puzzles. In leadership workshops, I use simple children’s puzzles in one exercise. I often halt the exercise when the puzzle is only partially done. I know from experience that I might as well let them finish the puzzle before they put it away. If I don’t, I hear complaints and there is a tangible feeling of being incomplete in the room. No one is ready to move on to our discussion until the puzzles are done.

I used to be like the children who share their thoughts and observations all the time. I thought it, then wanted to share it. After all, I’m a smart person with brilliant observations to share! Then I realized that no one was really interested in most of what I had to say outside of leadership workshops.

It hit me that my rambling and sharing was actually a colossal waste of time. I was saying things I already knew. The object of my Brain Dump wasn’t listening. Okay, maybe they were half-listening or pretending to listen, but they weren’t taking in the information for later use. Worse yet, I sometimes told stories that hinted at who I was, but they weren’t pertinent to my hapless listener.

About this same time, I came across a study, which I cannot find now. If you know of it, please drop me a line. Anyway, whether I’ve remembered it exactly or not, it had an enormous impact on my life.

They put CEOs in a room and had employees go in and talk with them. For the first round, the CEOs received no instructions and they talked quite a bit during the interactions. When interviewed afterward, the employees were not that impressed with the CEOs.

During the second round with a new group of employees, the CEOs were told not to talk. They were to keep silent as much as possible. In the interviews after the discussions, the employees reported that the CEOs were intelligent and good leaders. The CEOs made a better impression when they were quiet! Showing they were knowledgeable experts worked against them.

Unless in a leadership workshop where I was paid to talk, I worked to remain silent as much as possible. It was hard. It takes a lot of self-management to be quiet when you have a burning desire to show your smarts or solve someone’s problem or tell a funny story. It made me feel uncomfortable. It was like sitting and looking at an unsolved puzzle and not moving to put in the piece that I could see fit in one specific spot.

In this particular case, I become aware of the negative effect that my Brain Dumping was having on other people (relationship awareness). I analyzed my need to share and realized that it was tied firmly to my own ego (self-awareness). Then I began to work to change my behavior (self-management), which improved my relationships with others (relationship management). Ta-da! A wonderful example of the power of emotional intelligence.

Exceptional leaders are emotionally intelligent. Like all other skills, we increase our proficiency with practice. I still indulge in bending someone’s ear now and again, but after much time I feel peaceful when I don’t.